Same as it ever was: The Canadian and American music industries’ responses to digitization and the circulation of “piracy panic narratives” 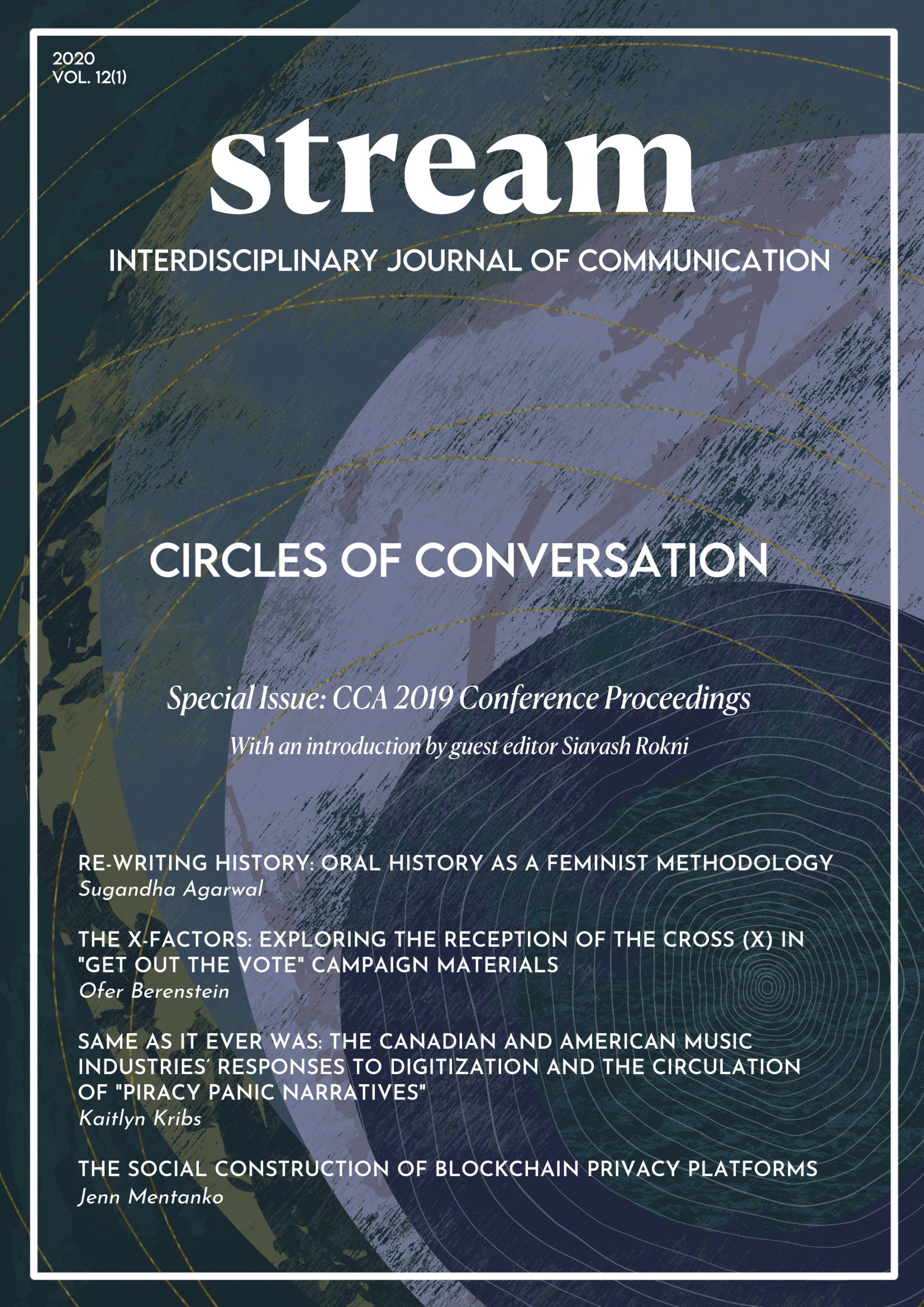 In this paper, I outline how the “piracy panic narrative” (Arditi, 2015) has repositioned the fan/musician dynamic in the digital era, from one between maker and listener to one between labourer and thief. The paper questions if the press has fairly assessed the fan/musician dynamic in the digital era and examines who has directly benefited from the reorganization of the relations between producer and consumer. The article provides a contemporary history of the American and Canadian music industries’ response to file sharing, crisis and piracy. Drawing on data from the 2017 Music Canada report on the Value Gap, the essay ultimately concludes that those most affected by the repositioning of the producer/consumer dynamic are not the various stakeholders whose voices are most frequently heard, but actually the musicians. The piracy panic narrative is thus nothing but an exercise in creating smoke and mirrors; music industries depict themselves as victims, all the while quietly rearranging their business practices to maintain a long-held position as gatekeeper.

Kait Kribs is a Ph.D. candidate in the York University/Ryerson University Joint Program in Communication and Culture. She holds an MA in Popular Culture and a BA in Communication, Media and Culture Studies from Brock University. Her dissertation, Enabling Access or Exploiting Artists: Digitization and Musician Labour in Canada, assesses the extent to which access to digital distribution, marketplace, and microfunding platforms has changed or reshaped musician labour in Canada. Through document analysis and interviews with musicians from across Canada, the project provides an in-depth examination of the political, economic, and social conditions within which contemporary Canadian musicians work.